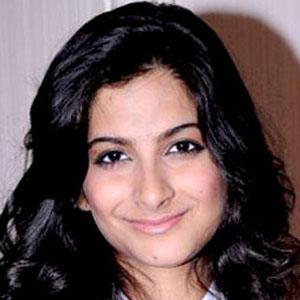 Indian fashion designer who made her Bollywood producing debut with Aisha in 2010.

She made her entertainment debut as an assistant director on the film Wake Up Sid in 2009.

She designed several of the costumes used in her films.

She produced the film Aisha, which starred her sister Sonam Kapoor. She also has a brother named Harshvardhan.

She worked on the 2012 film Players, which was a remake of the 2003 film The Italian Job starring Mark Wahlberg.

Rhea Kapoor Is A Member Of