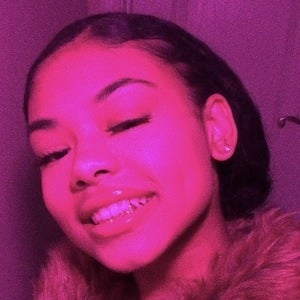 YouTube star who's risen to fame posting various lifestyle videos, hair tutorials and outfit reveals. Her channel's racked up over 8,000 views since 2016. She is also a rapper.

Her birth name is Mariah. She was previously known online as Riah Amour.

Her most popular video is a school vlog that was viewed over 200,000 times in two weeks.

Her middle name is Caroline and both her first and middle names come from her grandmothers.

She's said her favorite YouTuber is Aliyah Simone and was inspired to get on YouTube by her.

Riah The Jawn Is A Member Of