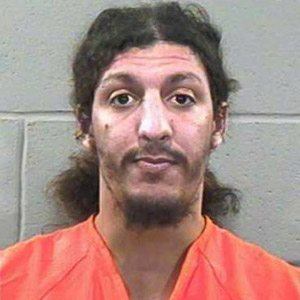 English criminal commonly known as the "Shoe Bomber" who was arrested for attempting to detonate a bomb on a flight from Paris to Miami in 2001. He was sentenced to three consecutive life sentences and 110 years without parole.

He dropped out of school at sixteen and began a life of petty crime.

Though he initially claimed to have acted alone, it was later revealed that he had worked with co-conspirators named Saajid Badat and Nizar Trabelsi.

His father was also a criminal who spent time in jail for vehicular theft.

His act of attempted terrorism came just three months after the September 11th, 2001 attacks on the World Trade Center were carried out by Mohamed Atta .

Richard Reid Is A Member Of