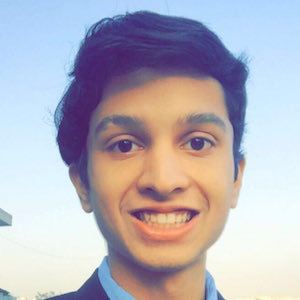 Developer and tech analyst best recognized as a member of the core iPhone jailbreaking community. He was also appointed a social media ambassador for the United Nation's Giving Tuesday Movement.

It was while studying at Ramnivas Ruia College that he became interested in programming and development, ultimately leading to his success.

His social and technological successes have earned him appearances in publications like Forbes and IBTimes.

Born in Mumbai, India, he has one sister.

As a member of the Giving Tuesday ambassadors, he received a letter from President Barack Obama praising the movement.

Rishabh Shanbhag Is A Member Of