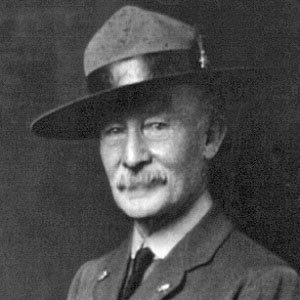 Famous as the founder and first leader of the Boy Scouts, this British Army Lieutenant General is also remembered for his service in the Second Boer War and the Second Matabele War, among other military conflicts.

He began his rise to prominence following the 1903 publication of his bestselling military work, Aids to Scouting.

Apart from his military, scouting, and writing careers, Baden Powell was an artist, storyteller, and amateur actor.

Born Robert Stephenson Smyth Powell, he was the son of Henrietta Grace Smyth and minister and professor Baden Powell. His sister Agnes Baden Powell founded the Girl Guides Movement, and his wife, Olave St, Clair Soames, was also involved in the organization that would become the Girl Scouts.

Baden Powell founded the Boy Scouts in England, and William Boyce established the American version of the organization.

Robert Baden Powell Is A Member Of