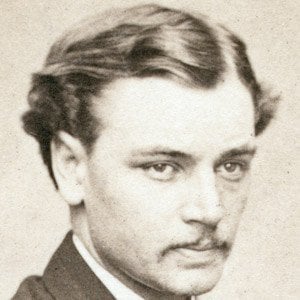 American lawyer and U.S. Secretary of War from 1881 to 1885. He was the first son of President Abraham Lincoln. Strangely enough he was present or nearby during three presidential assassinations.

He joined the Union army late in the Civil War, but was a part Ulysses S. Grant's immediate staff, and he was present at the surrender at at Appomattox.

After his tenure as Secretary of War, he served as United States minister to the United Kingdom from 1889 to 1893.

He married Mary Eunice Harlan with whom he had three children: Abraham II, Jessie and Mamie.

He was appointed Secretary of War under James Garfield, the 20th president of the United States.

Robert Todd Lincoln Is A Member Of