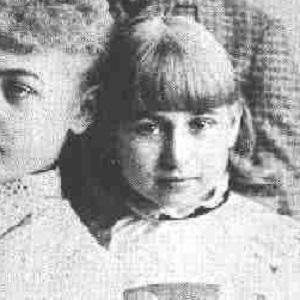 Best known as the granddaughter of former United States President Abraham Lincoln, this Illinois-born woman died in Vermont at the age of seventy-two. She was the daughter of Robert Todd Lincoln and Mary Eunice Harlan.

She and her two older siblings, Mary Lincoln and Abraham Lincoln II, grew up in Illinois, U.S.A. and London, England. Following the sudden death of her brother, she settled in Iowa with her remaining family members.

Her younger child, Robert Todd Lincoln Beckwith, held the honor of being the last confirmed descendant of Abraham Lincoln.

Her first marriage, to Warren Wallace Beckwith, resulted in a daughter named Mary and a son named Robert. Her second and third marriages were to Frank Edward Johnson and Robert John Randolph, respectively.

Her grandfather, sixteenth United States President Abraham Lincoln, brought about the end to slavery in America.

Jessie Lincoln Is A Member Of