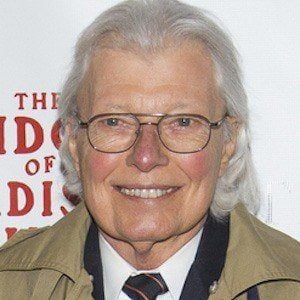 A twentieth-century American author, he is known for such New York Times bestselling novels as The Bridges of Madison County and Puerto Vallarta Squeeze. Both of these works were adapted into films.

He earned both his B.A. and his M.A. from the University of Northern Iowa and went on to receive his Ph.D. from Indiana University's Kelley School of Business.

He was a musician and a photographer, as well as a popular author.

He was born in Rockford, Iowa. He married Georgia Weidemeier in 1962.

His 1992 novel The Bridges of Madison County was made into a film directed by Clint Eastwood.

Robert James Waller Is A Member Of