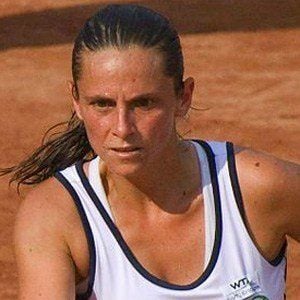 Top ranked female double's competitor won the French Open and US Open in 2012.

She made her professional tennis debut at age 16 in 2009.

She earned her third Grand Slam Doubles title with an Australian Open victory in 2013.

She has one older brother named Francesco.

She reached the quarter finals of the 2012 Wimbledon Championship, which was eventually won by Serena Williams and her sister.

Roberta Vinci Is A Member Of