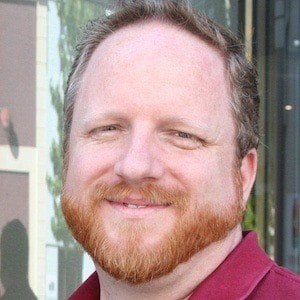 Video game producer who is best known for his time as the studio head at The Coalition production company. During his time there, he has overseen the production of the Gears of War gaming franchise.

He graduated from the University of Ottawa with a degree in computer science in 1990. He began his career in the video game industry as a program manager for Microsoft.

In August 2012, he oversaw the completion of the video game Bioshock: Infinite as a member of the Irrational Games production company. Other video game credits include Infinity Blade, Infinity Blade II, and Lost Planet 2.

He has collaborated on various occasions with the voice actor John Dimaggio, who voices the main protagonist Marcus Fenix in the Gears of War series.

Rod Fergusson Is A Member Of