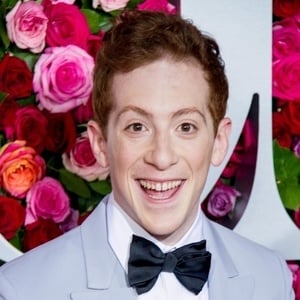 Actor known for television appearances in New Mayor of New York and Redheads Anonymous. He made headlines in 2016 when it was announced that he would be playing Spongebob in the SpongeBob SquarePants, The Broadway Musical.

One of his first stage roles was playing Joseph Cornell in Hotel Cassiopeia.

He was a wrestler in high school and would go on to receive his education in drama from Vassar College.

He starred in the Spongebob Musical based on the TV series created by Stephen Hillenburg.

Ethan Slater Is A Member Of