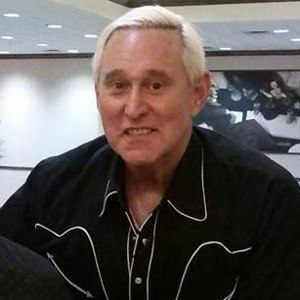 Lobbyist and political consultant who has worked as a member of the lobbying firm Black, Manafort, Stone and Kelly. He has promoted numerous conspiracy theories and would become the subject of the Netflix documentary Get Me Roger Stone.

He studied at George Washington University. After Richard Nixon was elected President in 1972, he joined the administration for the Office of Economic Opportunity. He would later work for Bob Dole and on Ronald Reagan's presidential campaign.

He has penned numerous political books like The Man Who Killed Kennedy, Nixon's Secrets, and The Clintons' War on Women.

He was born to Gloria Rose Corbo and Roger Stone in Norwalk, Connecticut. He was married to Ann Stone from 1974 to 1990 and then he wed Nydia Bertran in 1992. He has one son named Scott.

In 2017, he published his fifth book, The Making of the President 2016: How Donald Trump Orchestrated a Revolution.

Roger Stone Is A Member Of