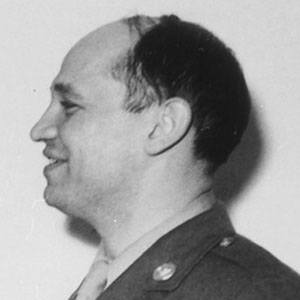 African-American artist whose work was inspired by the art of José Clemente Orozco and other Mexican muralists. He crossed several media, producing cartoons, oils, and collage. He was greatly influenced by the mural art of Diego Rivera.

He attended the first historically black college and university in the United States, Lincoln University, then Boston University, followed by New York University, where he wrote for a monthly journal called The Medley.

His painting, "The Return of Odysseus," was put on display at the Art Institute of Chicago.

He was born in Charlotte, North Carolina, to mother Bessye J. Bearden; they relocated to New York City while he was still a toddler, and his family quickly became involved in the Harlem Renaissance.

He was the co-writer of "Sea Breeze," the jazz number popularized by Billy Eckstine and Dizzy Gillespie.

Romare Bearden Is A Member Of