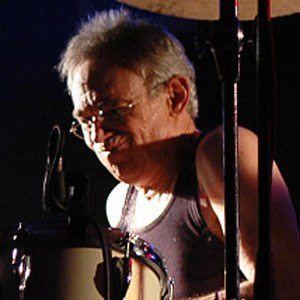 Drummer and member of Iron Butterfly who appeared on all of their six studio albums and who is also known for his graphic art.

He began playing drums in the sixth grade.

He garnered acclaim for his impressive drum solo on "In-A-Gadda-Da-Vida."

He was born into a military family and lived in thirty-four different states while he was growing up.

He was a fan of Led Zeppelin drummer John Bonham.

Ron Bushy Is A Member Of