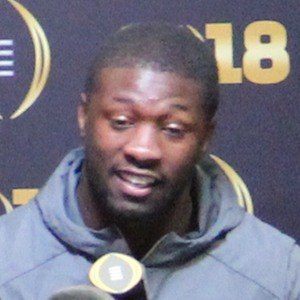 Linebacker who won the SEC Championship Game and played in the CFP National Championship Game as a member of the 2017 Georgia Bulldogs. That season, he was named as the SEC Defensive Player of the Year. He was selected 8th overall in the 2018 NFL Draft by the Chicago Bears.

He became the first Bulldog to win the Butkus Award as the best linebacker in the country.

His mother is Shaquana Thomas.

He played alongside Davin Bellamy on the defense of the 2017 Georgia Bulldogs.

Roquan Smith Is A Member Of