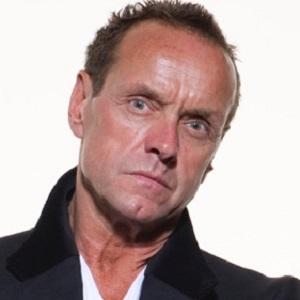 Founder of Kerrang! magazine who works as a rock and roll photographer. In England, he shot artists in the punk scene such as The Clash and The Sex Pistols.

He kicked off his career by working for Sounds magazine during the 1970s.

In America, he worked with bands such as AC/DC, Rush, Journey and Aerosmith, among others.

He was born in the UK.

He has toured with numerous artists and bands, including Ozzy Osbourne, Metallica, Kiss, Queens of the Stone Age and more.

Ross Halfin Is A Member Of