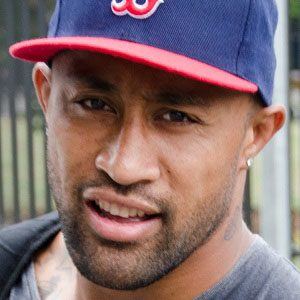 Samoan rugby league prop who won the NRL Premiership with the Canterbury Bulldogs in 2004. In 2005, he led the New Zealand national squad to its first-ever Tri-Nations title.

He attended Marcellin College in Auckland and played for the Marist Saints.

He was named Best Prop at the Dally M Awards while playing for Canterbury in 2006.

His younger brother Winstone has also played for the Bulldogs.

Roy Asotasi Is A Member Of