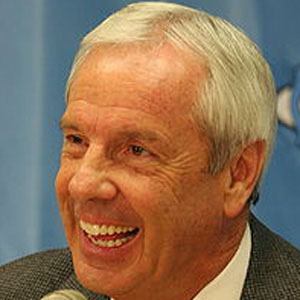 He played for North Carolina's freshman team and, while still in school, watched Dean Smith lead varsity practices. He eventually became an assistant coach under Smith.

He won the Associated Press Coach of the Year award twice, once at Kansas and once at UNC.

He married Wanda Williams in 1973. He and Wanda have a son named Scott and a daughter named Kimberly.

He led the effort at North Carolina to recruit Michael Jordan.

Roy Williams Is A Member Of