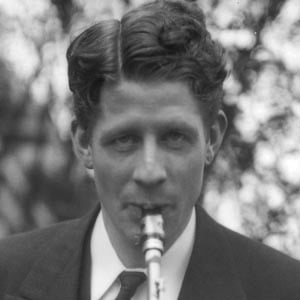 Radio and movie star who often sang through a megaphone and wrote songs like "Oh! Ma-Ma! (The Butcher Boy)" and "Old Man Harlem."

He tried to enlist to fight in World War I at the age of fifteen, but he was denied because of his age.

His final hit was "As Time Goes By," which was made popular in the movie Casablanca.

Rudy Vallee Is A Member Of