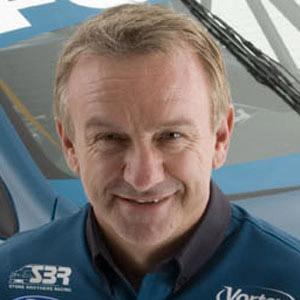 V8 Supercar driver from Australia best known as the winner of the 1997 Bathurst Classic and the 2005 V8Supercar Championship Series. He is known to racing fans worldwide as "Enforcer."

He began racing go-karts at age 12 and won several kart races in Australia before moving to Europe to pursue a Formula One career.

He won 13 out of the 16 races in the British Formula Ford Championship in 1933, setting a record for most wins in a single season in Formula One racing.

He has daughters named Sasha and Jaz.

He and Denmark's Jan Magnussen are both Formula Ford Festival winners.

Russell Ingall Is A Member Of