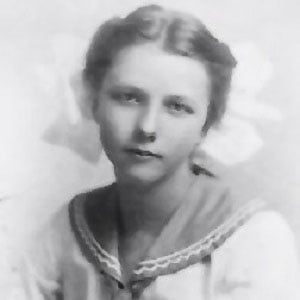 American woman who was one of the last living survivors of the April 1912 sinking of the RMS Titanic. After surviving the disaster, she went on to teach school in Michigan and appear at several Titanic Historical Society conventions.

She was born in Guntur, India and boarded the RMS Titanic at age 12. She and her family were all rescued by the RMS Carpathia.

In April 1994, her ashes were spread at the same coordinates in the Atlantic Ocean where the RMS Titanic had sunk 82 years prior.

Her parents were Lutheran missionary Allen Oliver Becker and his wife Nellie. She was married to Daniel Blanchard for 23 years and had 3 children with him.

She and Margaret Brown are two of the best-known survivors of the sinking of the Titanic.

Ruth Becker Is A Member Of