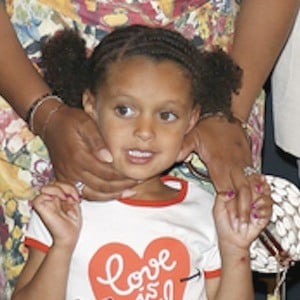 Her parents first introduced her to the world in an Instagram photo posted on Stephen's account Wardell30.

Stephen's brother Seth is her uncle and Stephen's sister Sydel is her aunt.

Her grandparents are Dell and Sonya Curry. She has an older sister named Riley and a younger brother named Canon.

Her older sister Riley Curry became an internet sensation during Stephen Curry's run to an NBA championship in 2015.

Ryan Curry Is A Member Of