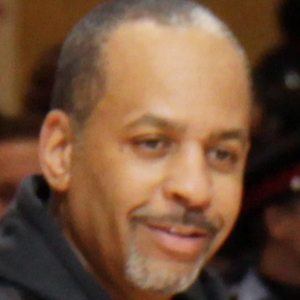 NBA outside shooting specialist who set the all-time scoring record for the Charlotte Hornets franchise.

He was ambidextrous as a child and learned to shoot the basketball with both hands.

He was one of the original members of the Charlotte Hornets when they first started playing in the NBA in 1988.

He married Sonya Curry in 1988. His oldest son Stephen became a star NBA guard and he also has a daughter named Sydel and another son, Seth, who became an NBA guard.

He played alongside center Alonzo Mourning when he was drafted by the Charlotte Hornets.

Dell Curry Is A Member Of