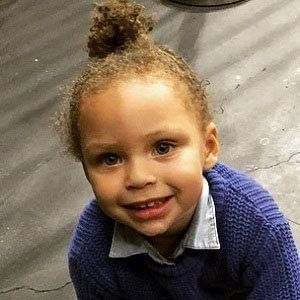 The daughter and first child of NBA point guard Stephen Curry and actress Ayesha Alexander Curry, she was born in her parents' hometown of Charlotte, North Carolina.

About a decade before Riley was born, her parents met at a church youth group.

In 2015, her father was named the NBA's Most Valuable Player.

She is the niece of Sydel and Seth Curry and the granddaughter of Sonya and Dell Curry. She has a younger sister named Ryan and a younger brother named Canon.

She and LeBron James Jr. are both the children of NBA MVPs.

Riley Curry Is A Member Of