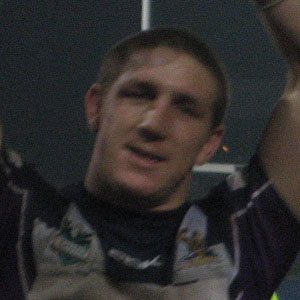 Australian rugby league lock best known as a member of the Melbourne Storm, with whom he won multiple NRL Grand Finals and World Club Challenges. He has played representative rugby for Australia, New South Wales and City Origin.

He went to the famous rugby school St Gregory's College, Campbelltown before starting his NRL career with Melbourne in 2003.

Two of his Grand Final wins and one World Club Challenge wins were stripped after it was discovered that the Storm had committed salary cap breaches.

His father Jay played for the Canberra Raiders.

He was coached by Tim Sheens on the Australian squad at the 2009 Rugby League Four Nations.

Ryan Hoffman Is A Member Of