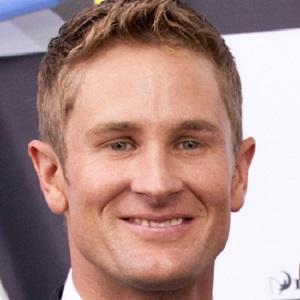 He rose to prominence in the late 1990s, after winning three grand national karting championships, before turning to open-wheel racing.

He became the first American in close to two decades to win a race his rookie year at the Champ Car World Series.

He was born in Dallas, Texas. He married Beccy Gordon in 2011 and they have a child named Ryden Hunter-Reay.

In 2009 he raced for A.J. Foyt's team, in place of their injured driver Vitor Meira.

Ryan Hunter-Reay Is A Member Of