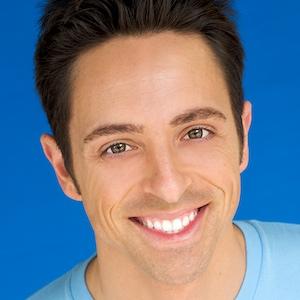 First gained the public's attention when he and his wife/dance partner Ashleigh Di Lello auditioned for the hit Fox show So You Think You Can Dance. He and Ashleigh became the first married couple to compete and be finalists on the show.

He was active in sports, gymnastics, and martial arts growing up and began ballroom dancing when he was 8 years old. He quickly climbed the ranks as a DanceSport competitor winning junior, youth, and amateur titles locally and nationally.

He was born in Salt Lake City and grew up in Springville, Utah. He received a scholarship to Brigham Young University where he joined their world renowned formation team, winning national and world Latin formation titles.

He was featured in the Cameron Diaz starring film What to Expect When You're Expecting and also choreographed and performed, along with Ashleigh, for programs such as The Ellen Degeneres Show, Drop Dead Diva, and Bones.

Ryan Di Lello Is A Member Of