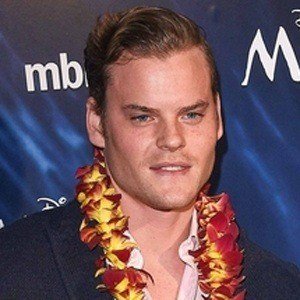 Reality star, model and personal trainer most famous for his appearances on the E4 reality series Made in Chelsea. As a model and fitness ambassador, he has worked with companies like D.Hedral and Rugby Warfare.

He earned a Bachelor of Science degree from Cardiff Metropolitan University in 2013.

He has dated Made In Chelsea's Louise Thompson, whom he proposed to in August 2018.

He and Frankie Gaff both became famous through their appearances on Made in Chelsea.

Ryan Libbey Is A Member Of