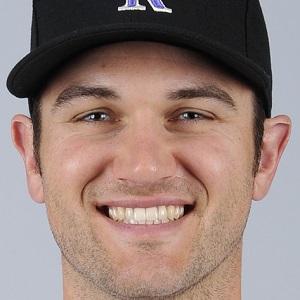 2009 fifth round selection in the amateur draft by the Arizona Diamondbacks. He was acquired by the Colorado Rockies in 2012 before heading to Anaheim to be a part of the Angels organization. He made his major league debut on July 20, 2012.

He played his college ball at Loyola Marymount University in Los Angeles.

He was born in Torrance, California.

He graduated from Torrance High School, the same school to produce the late Louis Zamperini.

Ryan Wheeler Is A Member Of