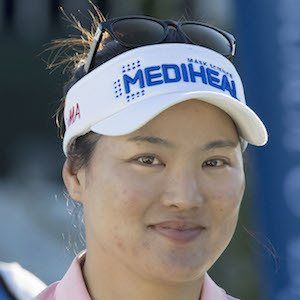 Golfer who earned her first major win at the 2011 U.S. Women's Open and has gone on to claim victories at tournaments like the 2017 ANA Inspiration. In June 2017, she took the top spot on the Women's World Golf Rankings.

She turned professional when she was just 17 years old and graduated with a degree in sports business from Yonsei University.

She represented South Korea at the International Crown tournament in 2014 and 2016.

She has a younger sister named So-myung.

She competed against Stacy Lewis at the 2011 U.S. Women's Open.

Ryu So-yeon Is A Member Of