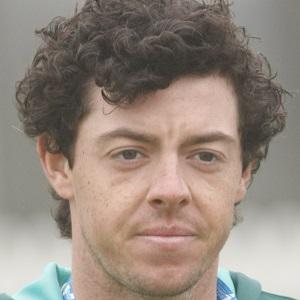 Champion Irish golfer who won the 2011 U.S. Open while setting a record with a score of 16-under-par. He captured his second major victory at the 2012 PGA Championship.

As a baby, he fell asleep gripping his first golf club.

He started competing in pro events at 15 years of age.

He grew up in Ireland with his parents Gerry and Rosie McIlroy. He got engaged to tennis star Caroline Wozniacki on New Years of 2014 but the couple broke up just a matter of months before the wedding. He began dating Erica Stoll in 2015 and they later married in 2017.

He beat the record held by Jack Nicklaus for lowest par score at the U.S. Open.

Rory McIlroy Is A Member Of