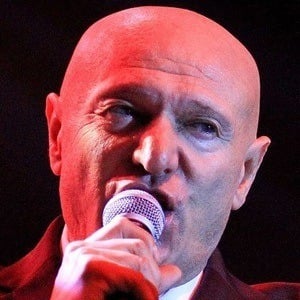 Referred to as "The King of Folk," he was popular in Yugoslavia and Bulgaria during the 1970s. He released numerous albums spanning over his five-decade career. He was awarded the Golden Medal of Merits of the Republic of Serbia in 2020.

His debut EP Dajte mi utjehu was released in 1969 when he was only 18 years old.

He served in the 1970 Yugoslav army service in Bitola. He released a live-performance album he did in 2018 on all streaming platforms in 2022.

He was born to his family and grew up in Sabac, Serbia. He had three children with his wife Gordana.

Like him, Goran Visnjic is another celebrity who served in the Yugoslavian army.

Saban Saulic Is A Member Of