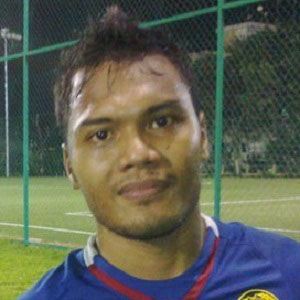 Striker who joined Arema Cronous in 2012 after spending a season with Pelita Jaya. He became a member of the Malaysian national team in 2006.

He began his professional career with Kuala Lumpur in 2003.

His family lived in Kajang, Selangor, Malaysia at the time of his birth.

He was joined by Mohd Azmi Muslim on the Malaysian national team in 2009.

Safee Sali Is A Member Of