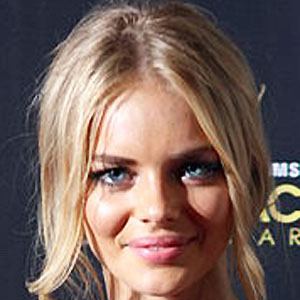 Became known for playing Kirsten Mulroney on the BBC shows Out Of The Blue and Indigo Walker. She also appeared on the soap opera Home and Away.

She acted in short films and stage shows before getting television roles.

She is well-traveled, having lived in Singapore, Fiji, and Indonesia.

She has a sister named Morgan. She began dating barman Matt Skinner in 2012.

Her uncle is The Matrix actor Hugo Weaving.

The Babysitter
Ready or Not
Three Billboards Outside Ebbing, Missouri
More