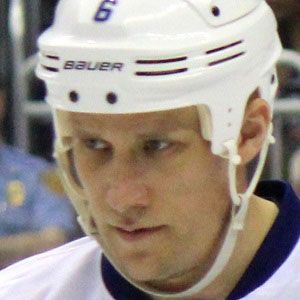 Finnish NHL defender who began his career with the Ottawa Senators in 1998. He played for the Vancouver Canucks from 1998 to 2012 before joining the Tampa Bay Lightning.

He was drafted by the Ottawa Senators in 1996 after playing in the Swedish SM-liiga.

He fathered three children, Peppi, Julia, and Oliver, with his wife Johanna.

He was teammates with Alexandre Burrows on the Vancouver Canucks from 2005 to 2011.

Sami Salo Is A Member Of