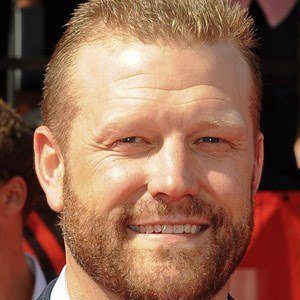 All-Star goaltender who led the Boston Bruins to a Stanley Cup Championship in 2011. He received the 2011 Conn Smythe Trophy for playoff MVP.

He won the 2011 ESPY award for Best NHL Player and Best Championship Performance.

He has three children, Kiley, Kelsey and Keegan, with longtime wife Melissa Thomas.

He played on the 2010 US Olympic hockey team alongside Ryan Kesler.

Tim Thomas Is A Member Of