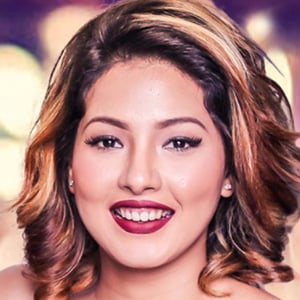 Movie actress who appeared as Maya in the 2017 film Oh My Dear 2. She has over 600,000 followers on her srls_samragyeerlshah Instagram account.

Her first film role was as Kavya in Dreams in 2016.

She won Best New Actress for Dreams from the FAAN Awards, the 8th Dcine Awards, and the NFDC Awards in 2016.

She has acted alongside Anmol KC.

Samragyee Rajya Laxmi Shah Is A Member Of