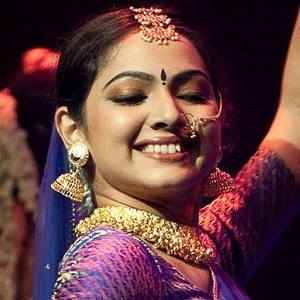 Actress who is widely known for her career throughout the Malayalam film industry. In 2011, she was awarded the Popular Heroine Asianet Film award for her performances in the films Manikyakkallu and Swapna Sanchari.

She graduated with a B.A. in communicative English from St. Teresa's College in Eranakulam. She earned her first on-screen credit in 2004 working on the film Rasikan.

In 2010, she won the Best Character Actress Asianet Film award for her work on the film Cocktail.

She married her husband Akhil in November 2012. She gave birth to the couple's first child, a son named Agastya, in February 2015.

She appeared alongside Dileep during her feature film debut in 2004 in Rasikan.

Samvrutha Sunil Is A Member Of