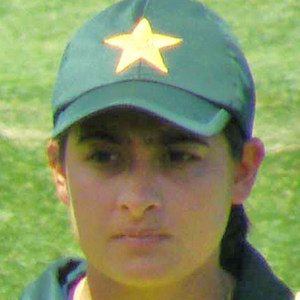 Pakistani known for captaining the country's ODI and T20 teams, in the process becoming one of the world's best bowlers.

She studied nursing at King Edward Medical College. She served as vice-captain of Pakistan's T20 team before being named captain when she was 23.

She won gold medals at the 2010 and 2014 Asian Games. She helped lead Pakistan to its first-ever wins against South Africa and England.

She grew up in Abbottabad, Pakistan and is of Kashmiri descent.

She and Shail Khan are both well-known Pakistani cricketers.

Sana Mir Is A Member Of