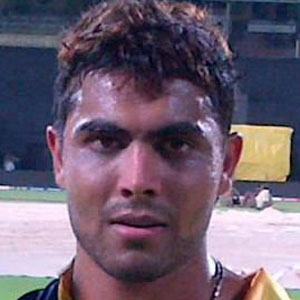 Indian left-arm orthodox bowler recognized as one of the best cricketers in the world, having spent time as both the top-ranked ODI bowler and top-ranked Test bowler. Also handy with the bat, he's been a top-5-ranked Test all-rounder as well.

He was bought for about $2 million by the Chennai Super Kings in 2012 following the disbandment of the Kochi Tuskers. He took 25 wickets, including two five-wicket hauls, and scored two 50s in four Tests during the 2017 series against Australia.

He and teammate Ravichandran Ashwin spent time tied at the top of the Test bowling rankings, the first spinners to both hold the number one spot simultaneously.

Ravindra Jadeja Is A Member Of