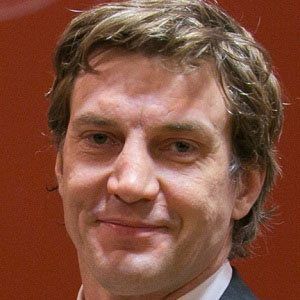 Latvian defender who helped anchor the back line of the Colorado Avalanche in the 1990s; won a Stanley Cup Championship with the team in 1996.

He began his professional career in the Soviet League with Dynamo Riga in 1990; a year later, he was selected with the 30th overall pick in the 1991 NHL Draft by the San Jose Sharks.

He had two sons, Roberts and Christopher, with his former wife Sandra, whom he divorced in 2010.

He was a longtime teammate of team captain and leader Joe Sakic on the Avalanche.

Sandis Ozolinsh Is A Member Of