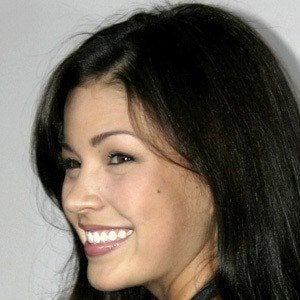 Actress/performer who has appeared in film and television productions since her debut on The Wayne Brady Show in 2001. She is most widely recognized for her starring role in the 2005 film Cry Wolf.

By the age of 8 she was training in both dance and gymnastics. She would go on to receive a bachelor's degree in Psychology from Santa Clara University.

She is from San Jose, California.

She guest starred on a 2006 episode of Veronica Mars which starred Kristen Bell.

Sandra McCoy Is A Member Of