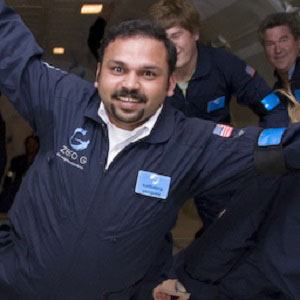 After earning a college degree in filmmaking, he founded a magazine titled Labour India and opened several schools in India and the United States.

He wrote and directed a 2010 science fiction film titled Chandrayaan.

He and his wife Soncy raised two children: George and Sarika. His father, V.J. George Kulangara, was a successful publisher and entrepreneur.

A space tourism enthusiast, he was the first Indian citizen to purchase a ticket on entrepreneur Richard Branson's Virgin Galactic spaceship.

Santhosh George Kulangara Is A Member Of