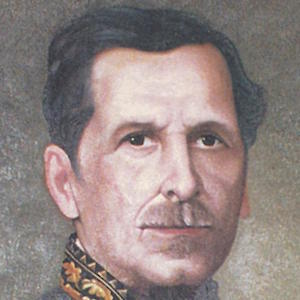 Central American politician who served as President of El Salvador from 1871 to 1876.

He served in the military before beginning his career in politics.

He was the Liberal Party leader of an 1871 revolution that resulted in the overthrow of the conservative Salvadoran government.

He was born in El Salvador.

He and Gerardo Barrios both held the office of President of El Salvador during the Nineteenth Century.

Santiago González Is A Member Of