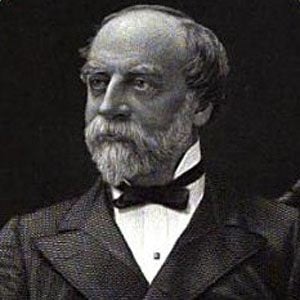 After holding office as Mayor of Boston in the mid-1850s, this nineteenth-century Republican Party politician became a Civil War-era United States Congressman. Later (in the 1870s), he was elected Massachusetts' thirtieth governor.

He began his political career as the President of Boston's Common Council. During his later tenure as Mayor of Boston, he oversaw the development of Boston's Back Bay neighborhood.

A businessman as well as a politician, he owned a major American paper products company.

His first marriage -- to Augusta McKim -- resulted in three children. Following McKim's death, he wed Angie Erickson Powell, with whom he had a fourth child.

He and Elbridge Gerry (United States Vice President under James Madison) both served as Governor of Massachusetts during the 19th Century (Gerry held office from 1810 until 1812).

Alexander Hamilton Rice Is A Member Of