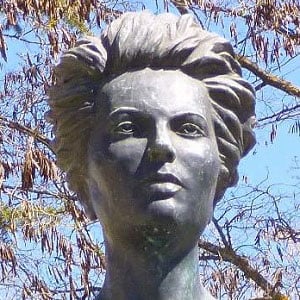 Famous for her roles in the Spanish blockbuster films La Violetera and El Ultimo Cuple, she is also notable for her performance in the 1947 cinematic version of Don Quixote. Also well known as a singer, she made numerous music recordings, including Sara Montiel La Diva and Songs From The Film Besame.

She appeared in her first Spanish-produced film, Locura de Amor, when she was just fifteen years old and went on to act in several Mexican movies, as well as in the 1954 Hollywood feature Vera Cruz.

In her two memoirs -- Memories: To Live Is A Pleasure (2000) and Sara and Sex (2003) -- she details her alleged liaisons with movie star James Dean, novelist Ernest Hemingway, scientist Severo Ochoa, and playwright Miguel Mihura.

She appeared with Rod Steiger in the 1957 American western movie Run of the Arrow.

Sara Montiel Is A Member Of