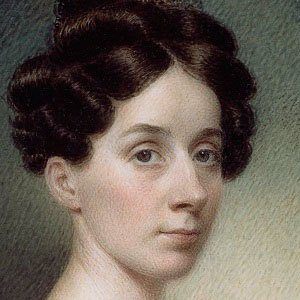 Famous for her miniature portraits, this nineteenth-century American artist is most well known for her images of Rhode Island painter Gilbert Stuart and United States Senator and Secretary of State Daniel Webster. She is also remembered for an intimate 1828 self-portrait titled Beauty Revealed.

A self-taught painter, she began her career in the early 1820s while living in Boston.

Beauty Revealed, Goodridge's famous portrait miniature of her own bosom, inspired a plot element in the 2008 work Blindspot: A Novel.

Born in Templeton, Massachusetts, to Ebenezer and Beulah Goodridge, she grew up with five older siblings, including a sister named Eliza.

She was a contemporary of the English portrait painter Thomas Sully.

Sarah Goodridge Is A Member Of