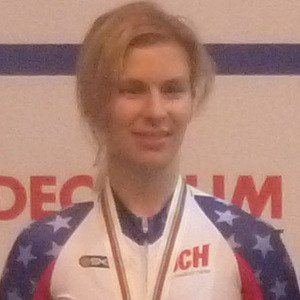 Professional cyclist who became one of the most successful in American history, winning eight gold medals at the UCI Track Cyclist World Championships from 2006 to 2016. She took home silver medals in the omnium and team pursuit events at both the 2012 and 2016 Olympic Games.

She grew up in Temecula, California. She quit cycling in 2003 but returned to the sport after watching the 2004 Summer Olympics.

She set the world record in the 3000m individual pursuit at the Pan American Road and Track Championships in 2010.

She and Katie Archibald are both World Champions in cycling.

Sarah Hammer Is A Member Of