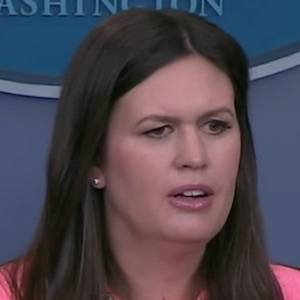 Political aide who rose to widespread prominence for her time as deputy White House Press Secretary in the administration of president Donald Trump. She is the daughter of former Arkansas governor Mike Huckabee, whom she has helped in his own campaigns as field coordinator.

She graduated from Ouachita Baptist University in 2004. She was the student body president as a senior, and an active college Republican, during her time there.

She was named to Time's annual 40 under 40 list for politics in 2010. She became more widely known for her 2017 press briefings on behalf of the Trump administration.

She and her husband Bryan share three children. She has two older brothers named John and David.

She became the third female White House communications director in 2017, and followed Dana Perino, who last served in 2007.

Sarah Huckabee Sanders Is A Member Of