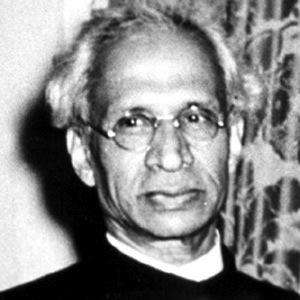 Indian politician and philosopher who served as the second president of India from 1962 to 1967.

Before India's independence, he established himself academically as one of the foremost authorities on Indian philosophy. He then represented India at UNESCO, served as Indian Ambassador to the Soviet Union, and was the first Vice President of India.

At his request, his birthday became celebrated in India as Teacher's Day.

He had an arranged marriage to Sivakamu in 1904. The couple had six children.

He served as Vice President under Rajendra Prasad, the first president of India.

Sarvepalli Radhakrishnan Is A Member Of